The LM18 (Laguna Madre Skiff 18) was designed to the request of several builders interested in the FS18 but who asked either for a tunnel boat or a wider poling skiff. We received many compliments on the FS18 design, some say it is the best poling skiff they ever used, superior to very expensive so-called “technical skiffs”. The FS18 is just as stiff and light as a carbon fiber hull costing much more. Designed as a poling skiff first, she is narrow and has limited capacity but moves easily with a small motor. Some builders wanted a slightly wider hull along the same lines, others wanted a tunnel. It is impossible to put an efficient tunnel in a hull as narrow as the FS18, but in a slightly wider boat, it became a viable proposition. The new hull is 10” wider and weighs a little more but the draft is the same. She will still pole properly but has more capacity and can take a larger engine. The name comes from a place where she will fit perfectly, the large flats of Texas, but she will do just as well in Florida or other places. She is designed for tiller steering, the plans show a grab rail but she can be fitted with a small console. Do not overpower her, she is a light skiff. The outboard will fit on a bracket, no motorwell. 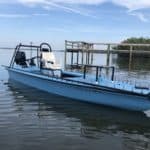 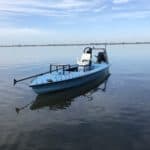 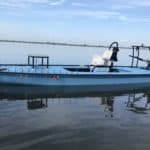 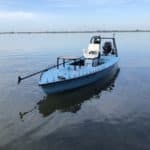 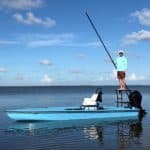 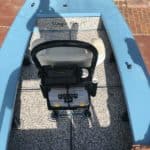 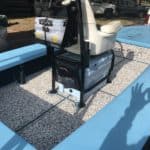 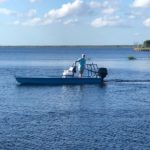 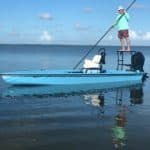 There are no reviews yet.

Any cookies that may not be particularly necessary for the website to function and is used specifically to collect user personal data via analytics, ads, other embedded contents are termed as non-necessary cookies. It is mandatory to procure user consent prior to running these cookies on your website.